In the remote western side of Ireland, in a wild region called Connemara, sits an abbey called Kylemore. There is a photogenic castle, and it is an easy place to get a great picture. Today I want to tell you a little bit about it so when we visit it you will know what you are looking at.

Kylemore Abbey is a castle built upon a 13,000 acre estate.  But who built it? Where did it come from?

The castle was actually built in the late 1800’s as a private home of a guy named Mitchell Henry, who was a doctor from London. He and his wife Margaret loved the area, and had gone there for their honeymoon. Upon receiving his inheritance from his rich dad, he had the castle and gardens built as an elaborate gift for his wife. He then hung up his medical practice and moved to this area to become a politician.

He had the castle built in 1867 and it took 4 years to complete. The castle cost £29,000 to build. According to a currency calculator I found online comes to about £2.3 million (about $3.5 million) in today’s money. As far as castles go, £2.3 million or $3.5 million doesn’t seem like a lot of money, so maybe I’m doing the conversion wrong. In any event, as impressive as Kylemore Castle appears, it isn’t that old and it apparently didn’t cost that much to build.

Anyway, Mitchell Henry lived in Kylemore Castle for over 30 years. He served as a Member of Parliament for the Galway area, and also oversaw the Kylemore estate. Initially, much of the land was bogs, but he reclaimed much of it. He also had tenants on the estate, and encouraged them to reclaim bogland. He thereby turned the area into a productive estate. Apparently, this was a big deal because Ireland was still reeling from the Great Potato Famine (1845 – 1851).  Anyway, in 1903 Henry sold the castle to the Duke and Duchess of Manchester and moved back to London.

The Duke of Manchester was a guy named William Montague. As was common at the time, he went and found himself a wealthy American wife to shore up the family finances (which were in pretty bad shape). Her name was Helena Zimmerman, and her father (Eugene Zimmerman) was a railroad president and major stockholder of Standard Oil. The Duke and Duchess lived off his money for a while. They apparently did so quite lavishly, and Duke was one of the world’s greatest spendthrifts (seriously, he was famous for it, and there is even a landmark US legal case about spendthrift trusts involving him). Anyway, he rung up huge debts, including a lot of gambling debts. As long as the Duchess’ father was around to support them, all was well.

However, the father died in 1914. That was the end of the money train for the Duke and the Duchess. The entire Kylemore estate was quickly taken over by the banks. The banks held the estate and looked around for someone to sell it to. That didn’t happen quickly. It didn’t help that this all occurred right at the start of World War I, or the Great War as it was called then.

Oddly, it was the War that was the salvation of Kylemore. A group of nuns called the Benedictine Nuns had been around for hundreds of years, living in Belgium in a place called Ypres. If you know anything about World War I, you have probably heard of Ypres as the location of great battles of that war. There was fighting there on several occasions and the whole area was devastated. The Benedictines were forced to flee and were looking for a new home. They discovered Kylemore and moved their abbey there. So from 1920 on, Kylemore became an Abbey and served as a girls school. It served as such until 2010.

Kylemore has been open for public tours since 1970s. It is still run by the Benedictine Nuns, and since closing the school is just an abbey and tourist site.  A major restoration was just completed in 2018, so this should be an attractive site to visit for many years to come. 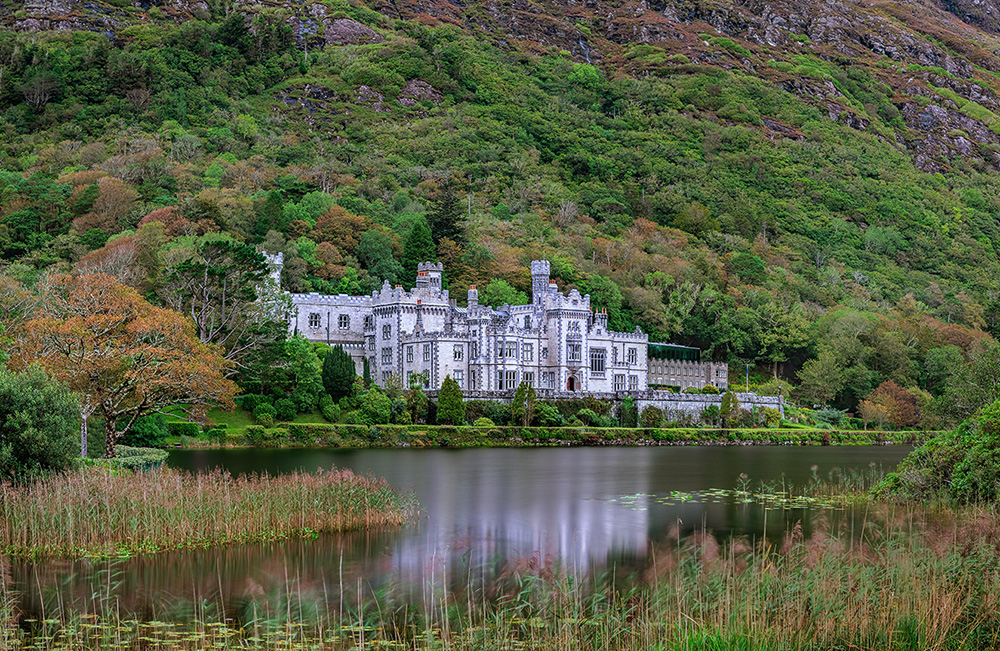 So that is the story of Kylemore Abbey. Today, it is a common stop when you tour around the Connemara region, and it is only a few kilometers from Connemara National Park.  There is no reason to miss it (and we won’t).  When you do visit it, you can do so in one of two ways:

I recommend the first way, and it is essentially what we will be doing on our tour. You won’t be missing any great shots by not going in. In fact, The first time I visited Kylemore, I was determined to get something different from the standard shot.  I paid the admission and spent a few hours walking around looking for shots. In the end, however, the only picture I liked was the standard shot everyone gets. I could have come and gone in under a minute and done just as well. I suspect the same will be true for you.

In addition, even non-photographers don’t find the full tour of Kylemore Abbey all that great. For example, my man Rick Steves says “The best thing about the abbey is the view of it from the lakeshore. Hourly tours inside are a letdown, so just enjoy its setting”. However, if you are interested in the local history or area, you might tour the grounds. They are very nice. But, again, I personally would just take the shot and move on.

How do you get the standard shot? It is ridiculously easy. There is a spot next to the parking lot where you will see people taking pictures. That is it. You cannot miss it. Just walk up and take the shot. You do not have to pay admission or even walk very far.

Once you are at the designated location, the exposure of the shot is easy. You will doubtlessly be there during daylight hours (it is open 9 am – 5:30 pm). Because it is Ireland, it will doubtlessly be cloudy. So I would start with default exposure settings something like this:

You might also consider using a neutral density filter here. That would allow you to use a very slow shutter speed, which would blur the water nicely. Of course, that requires a tripod as well.

Kylemore Abbey is in western Ireland in a region called Connemara. This is a wild, remote region of Ireland that is very beautiful. In fact, it is the one place I go to in Ireland on every single trip there.

There are two ways you can see Connemara. The first is the best, which is to spend a few days touring it.  Stay in Clifden or Westport and spend a couple of days wandering around and enjoying the remoteness of it. There is more than enough to do. Here are some highlights:

You can hit most of these by doing what is called the Connemara Loop.

The second way to see Connemara is to stay in Galway and just drive out and back in one day. Galway is the largest city on the western side of Ireland, and is a mainstay of most people’s trip to Ireland. To be honest, while Galway is a great city, there isn’t that much to see there. It is known more for its laid-back vibe and music scene. Luckily, Connemara is very close to Galway. You can spend a day doing to Connemara Loop and come back to Galway to hit the pubs in the evening. Best of all worlds.

On my tours of Ireland, we will typically spend a few nights in Galway, and also spend a few nights in Connemara, near Clifden.  But if you are going on your own, there is lots to see and do in Connemara. Kylemore is right off the N59, so you will doubtlessly pass it. No special arrangements need be made. Just stop by, get the shot, and move on. You’ll be glad you did. 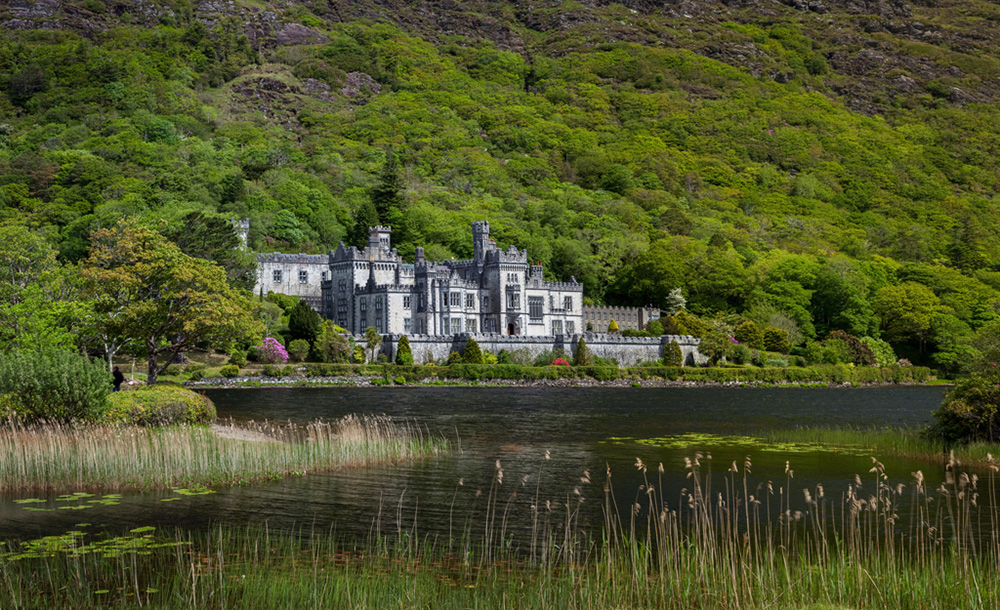